The graph illustrates the proportion of cars used by households in Great Britain during a 36-year period from 1971 to 2007.

Great Britain saw a steady increase in car ownership during a 20-year period. In 1995, 20% of British families owned two cars while the figure for using three or more cars was about 6%. During the same period, the percentage of families with no car decreased sharply from 48% to approximately 25%.

From 1999 to 2007, there was an increasing number of families who purchased two cars and three or more cars, with 28% and 8%, respectively. Meanwhile, families with one car still made up the majority for the whole line graph, but their percentage dropped slightly to 42% in 2007.

The chart shows the total number of minutes (in billions) of telephone calls in the UK, divided into three categories, from 1995 – 2002.

The bar chart compares different types of telephone calls in the UK in terms of a total number of minutes from 1995 to 2000.

Overall, while local-fixed line gained the most popularity in the UK, there was an upward trend in the number of minutes spent on three categories of phone calls.

With regard to local-fixed line, the number of minutes increased between 1995 and 1998, rising from more than 70 billion to just under 90 billion. It reached a peak of 90 billion in the following year before experiencing a drop of nearly 20 billion throughout the remainder of the period.

There was a gradual growth in the figure for national and international – fixed line during the 7-year period, from about 38 billion to approximately 61 billion shown. Similarly, mobiles saw the number of minutes go up considerably from around 3 billion in 1995 to reach the highest point of almost 45 billion in 2002. It is noticeable that the number of minutes spent on mobiles in the year 2002 was nearly three times as high as that in 1999.

The charts show the reasons why people travel to work by bicycle or by car.

The chart illustrates the changes in spending pattern of an average Australian household over two separate years 1991 and 2001.

Overall, the expense in 2001 was slightly higher than in 1991 but it is different between six categories. While food and non-essential goods and services accounted for the greatest proportion of expenditure, clothing and transportation seem to receive the least investment.

According to the table, there was a significant increase in electricity and water spending over a 10-year period, from 75 to 120 Australian dollars per month. The amount of money distributed in food, housing and other goods and services, on the other hand, just marked a slight rise of 5AUD, 5AUD, and 20AUD respectively.

Compared with these growths, however, clothing and transport spending showed a downward trend. Australians paid a small sum in dressing up, of which figure fell from 30AUD to 20AUD. Transport cost even saw a dramatic decrease, from 70AUD in 1991 to only 45AUD in 2001.

The given pie charts compare the expenses in 7 different categories in 1966 and 1996 by American Citizens.

Write a report for a university lecturer describing the information.

You should write at least 150 words.

You should spend about 20 minutes on this task.

The pie charts compare the expenditure on 7 certain categories by American citizens in 1966 and 1996.

Overall, the figures showed that the Americans spent more amount of money on food and cars than other remaining items in both years. Nevertheless, there were numerous changes in American people’s expenses from 1966 to 1996.

In the year 1966, food and car are two goods that the citizens mostly used their budget to purchase, at about 44% for food and 23% for car. In contrast, people are less likely to spend on 4 other categories with similar percentages, including 9% on petrol, 7% on restaurants, 10% on furniture and only 6% on books. Likewise, computers were the least expensed categories by exactly 1% in 1966.

In 1996, the figures for car expenditure/ spending increased by twofold at 45% compared to that in 1966. On the contrary, the consumption of food decreased dramatically to 14% and was equal to that of restaurants, which jumped double since 1966. Meanwhile, the proportion of two categories, petrol and furniture almost stayed the same, at 8% for both. Another visible trend was that the computer expenditure surged to 10% while that of books dropped to 1%.

The diagram shows the water cycle, which is the continuous movement of water on, above and below the surface of the Earth.

The diagram which has been presented illustrates the circulation of the water on, above and below the Earth’s surface.

From an overall perspective, there are three main stages shown on the diagram. Ocean water evaporates, falls down as rain and finally flows into the ocean again.

To begin with, in the evaporation stage, we can realize that the vast majority of water vapor in the air stemming from the ocean. The heat of the sun makes water evaporate, then water vapor forms clouds. At the second procedure, water vapor condensing in the cloud falls as rain or snow.

Eventually, rainwater has several ways to turn back into the ocean. It can fall down and create the lakes; otherwise, water returns to the ocean by osmose via surface runoff. In the other way, the flow of rainwater may filter through the ground and then reach the impervious layer of the planet. After the salt water intrusion is shown to take place, groundwater returns into the ocean and ends the process of circulation.

The two maps show an island, before and after the construction of some tourist facilities.

The maps illustrate the transformation of the changes of an island before and after being facilitated with many tourist amenities.

Overall, it is obvious that the island becomes more modern with a variety of resorts and aquatic entertainment facilities equipped/ installed.

Before the construction, the area seems quite peaceful and tranquil to be surrounded by sea and covered with several trees. Meanwhile, there is would be a small beach to the west of the island. All of these figures in the observed region have remained unchanged over the reconstruction period.

After being converted into a tourist destination, many houses are designed within the area for accommodation. Especially, they are connected with one another by a number of route systems, including footpath for pedestrians and vehicles for walking and for roadway vehicle. It is of note that there are also a new restaurant and a reception located in the central island.

Surrounding the area, more activities are activated in the coastal position, required to facilitate several essential equipment/ constructions, such as pier and sails nearby the shore.

The diagrams give information on transport and car use in Edmonton.

The given charts illustrate data on the percentages of different means of transportation and purposes for using cars in Edmonton.

Overall, car and LRT (Light Rail Transit) are the most popular means of transportation in the area whereas the majority of people use the car to commute to work.

In particular, the proportion of commuters driving cars account for 45%, nearly a half of the total percentage of commuters. Meanwhile, the rate of people choosing LRT makes up 35%, which is 10% less than the figure for cars. Bus and Taxi share the same percentage of merely 10% of users.

As for the car using purpose, commuting to work becomes the primary reason, with 55%, while 45% of city dwellers drive their cars for business and 40% of citizens use cars to take their children to school. The proportions of people drive for shopping and leisure activities are precisely the same, at a negligible 15% for each reason. 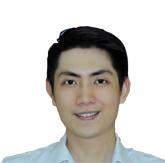